The Pioneers of Scale Model Trucking… 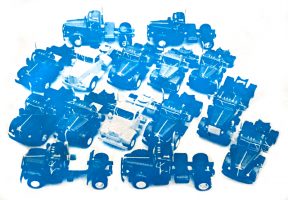 In 1968, before the existence of mass produced scale truck models, a truck enthusiast by the name of Jim Etter created a line of 1:25th scale Mack replica moulds and started his company, American Industrial Models.

Another name synonymous with the early days of model trucking is Lou Kroack. Lou wrote the book “Collecting & Building Model Trucks” in 1980 which featured many photos of Jim’s model trucks. Lou provided some guidance and helped Jim put together his first mail order catalog. Jim continued adding to his product line and expanded the business for about fifteen years until his life was unexpectedly cut short. His legacy would live on.

Under its second owner, the business became Model Truck and Fire Apparatus company (M.T.F.A.co) and continued to sell model trucks and parts throughout the 1990’s and early 2000’s.

In 2005, current owner Dave Natale aquired and re-launched the business as American Industrial Truck Models, paying homage to the company’s original name. Dave is a life long modeler whose trucks are in numerous private collections, have been featured in model magazines such as Scale Auto Enthusiast, Model Cars and Fine Scale Modeler. His truck models can also be found in the Mack Trucks Historical Museum in Allentown, Pennsylvania and the Brockway Museum in Cortland, New York. Over the years, Dave has worked to refine the product line so that resin cabs have a thinner final cast with clear details that require little or no clean up. 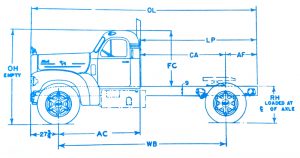 American Industrial Truck Models is the only source for 1:25th scale antique Mack trucks made from the original masters created by Jim Etter.

A.I.T.M. is also the exclusive carrier of other hard to find model truck brands as well as a countless array of model truck parts. Every model truck A.I.T.M. sells will be of superior quality and to the customer’s satisfaction.